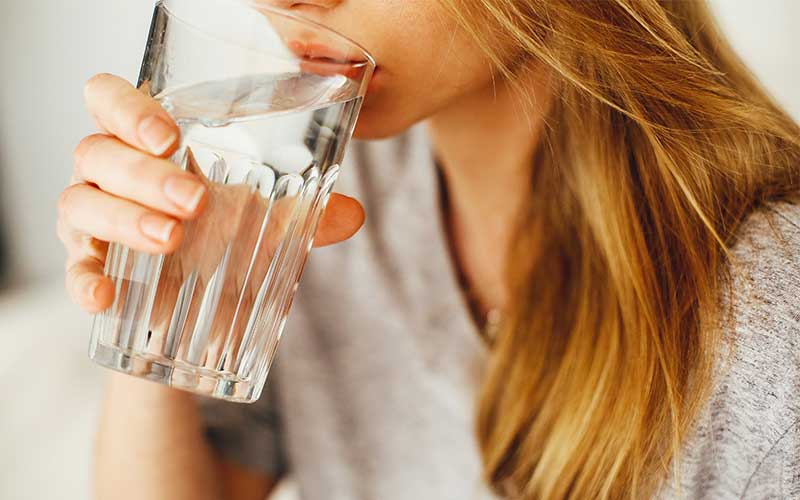 There’s no doubt water softeners are amazing devices if you live in hard water areas. After all, what could be more frustrating than your iron breaking or dishes wearing prematurely as a result of some natural minerals? But with all this said, there’s a huge question that’s on all our minds: Is it safe to drink water from a water softener?

Well, question this no more, as today, we’ll explore whether or not you can actually drink softened water. And while we’re at it, we’ll even throw in a few interesting and useful tidbits as well. So let’s see just how safe water from a water softener actually is.

How Does a Water Softener Work?

Before we dive too deep into this discussion, let’s first address how these softeners work. Otherwise, things will get a bit confusing later on.

Simply put, water softeners generally come with millions of resin beads. And just as the name implies, these are small beads that possess a negative charge. Meanwhile, calcium and magnesium (aka, the minerals that make water hard) present positive charges.

So, putting basic science into play, this means the minerals will cling to the resin beads while passing by. After this, sodium is added to the water to clean and regenerate the resin bed. So with that said, note that the sodium is not the magic sole ingredient that softens the water.

On to the next part of the softening process: regeneration. For this step, it’s good to know that sodium also contains positive charges. So, when you get brine water flushing through a tank with resin beads covered in magnesium and calcium, the sodium is strong enough to wipe these minerals off these beads. But at the same time, this charge isn’t strong enough for the sodium to cling to these resin beads. It’s also worth noting that the sodium dissolves into a brine solution to regenerate and clean the resin tanks. And this brine water provides all the necessary sodium to finish off the exchange process.

In short, most water softeners use an ion exchange process. And as you’d guess, sodium creates far less scale and won’t cause any weird reactions when combined with soap.

Can You Drink Softened Water?

Technically, yes, you can drink softened water. After all, this isn’t poison or anything harmful. So it’s not like you drop dead after your first few sips. Thus, in that sense, it’s not exactly harmful to your body.

Just watch out for infants, as it’s not recommended to use soft water in baby feed preparation for newborns less than 6 weeks old. And it goes without saying, but you shouldn’t drink soft water if your doctor placed you on a low sodium diet.

As far as safety goes, most government agencies such as the British Department of Environment Food and Rural Affairs claim the water from softeners fits within Drinking Water Regulations.

So, what are Drinking Water Regulations? Simply put, this is a standard that claims anything with less than 200 mg/l of sodium is considered safe to drink for long periods of time.

Throughout most of the UK, sodium levels in softened water will fall within these drinking limits. Just note that some parts of the UK contain extremely hard water (more than 425 ppm). And in these regions, sodium levels in your soft water can exceed 220 mg/l.

Really, most water softeners only add around 50 mg of sodium per litre of water. And really, this is a super low level of sodium. Put into practical terms, hard water areas would only put about 240 mg of sodium in 2 litres of water. So if you drank that in a day, your only consuming 10% of your recommended daily sodium allowance.

And even in very hard water areas (about 10 grains of hardness per gallon), you’ll only get about 20-30 mg of sodium for every 8 oz of softened water. For comparison purposes, an 8 oz glass of fat-free milk contains 120 mg. Meanwhile, an 8 oz glass of OJ has 25 mg of sodium. So going off the above comparisons, you really have nothing to fear when it comes to the amounts of sodium you consume here.

Is Softened Water Bad For You? / Are There Any Side Effects?

So we now know that you can drink softened water. But will anything bad come from that?

Going off that point about heart issues, keep in mind that high sodium content softened water can increase your risk of cardiovascular disease. But again, this mostly occurs when you’re consuming levels of sodium that exceed your daily recommendations.

Another critical point to keep in mind is that some infants do not have fully formed kidneys. In these cases, the baby feed must contain exact amounts of sodium. So keep in mind that the added sodium from softened water can throw off this balance. And it’s happened before where babies have suffered from dehydration as a result of excessive sodium in their feed.

Remember how naturally hard water contains magnesium and calcium? While these minerals aren’t good for cleaning, they’re fantastic for your body. Both are incredible for your body’s bone health. And magnesium even assists in keeping your heart strong and reducing your chances of experiencing heart problems.

Unfortunately, softened water removes these minerals from your water. So you might need to compensate by finding other ways to add calcium and magnesium to your diet.

The minerals in hard water aren’t solely good for your health. As it turns out, they also help your water taste good. On the other hand, the water from softeners tastes quite bland. In fact, this water has little flavour whatsoever. You don’t even get a salty flavour from the sodium. Instead, softened water mostly tastes like nothing at all.

In fairness, water softeners don’t require too heavy of maintenance. But when you’ve gone a while without using one, you’ll need to flush the water from it. Otherwise, it’ll taste and smell downright horrible!

Is It Safe to Drink Softened Water While Pregnant?

This one’s a bit tricky to answer since you’re only allowed around 1,500 mg of sodium per day while pregnant.

Also, keep in mind that the average pregnant woman needs around 10 cups (2.3 litres) of water a day. Moreover, water softeners only add about 50 mg of sodium per litre of water. So when you do the math of 50 mg * 2.3 litres, you get about 115 mg of sodium per day. Thus, it’s safe to say that softened water is safe for most pregnant women.

However, if you’re still worried about your sodium levels, keep in mind that your potassium limits while pregnant range around 3800 mg. So you can opt for softening your water with potassium over salt if that better fits your diet.

Your pets can drink softened water, but it’s far from ideal. This is even truer if your furry friends are on speciality or low sodium diets. So, for your pets, try to limit the amount of softened water they drink.

Can You Drink Boiled Softened Water?

Yes, you can still drink boiled softened water. Just note that it won’t do much for reducing sodium levels. So if you’re on a speciality diet or at risk of heart problems, it’s still not a great idea to drink.

How to Make Softened Water Drinkable?

So for this step, you have a few different options at your disposal. But surprisingly, you can make softened water more suitable for drinking. Here are a few tricks:

This step is simple enough. But it will reduce the amount of sodium you get in your 8oz (or however big) cup of water you need to drink.

Use potassium chloride instead of salt for ion exchange

If you can’t consume too much sodium, consider using potassium instead. Just be cautious, as excessive amounts of potassium can be harmful to your body as well. Moreover, note that potassium costs around 3-4 times more than sodium. But if it fits in your budget, potassium is definitely worth considering since it’s better for your health and the environment (albeit far from optimal).

Instead of drinking softened water at all, just add a hard water tap for drinking. It’s actually not uncommon to find in households these days. Plus, you can still use your softened water for cleaning and washing!

So there you have it! At the end of the day, small amounts of softened water won’t harm the majority of us. But keep in mind that the added sodium isn’t great for every diet. So be aware of that if you need to limit your sodium intake. And don’t forget, you can always add a hard water tap to keep your water ideal for consumption.

With that said, water softeners really work best for reducing the hardness of water. As such, softeners do a fantastic job of increasing the lifespan of your household appliances that use water. But, while softeners reduce the buildup of limescale and make washing an easy chore, they won’t filter or purify your water.