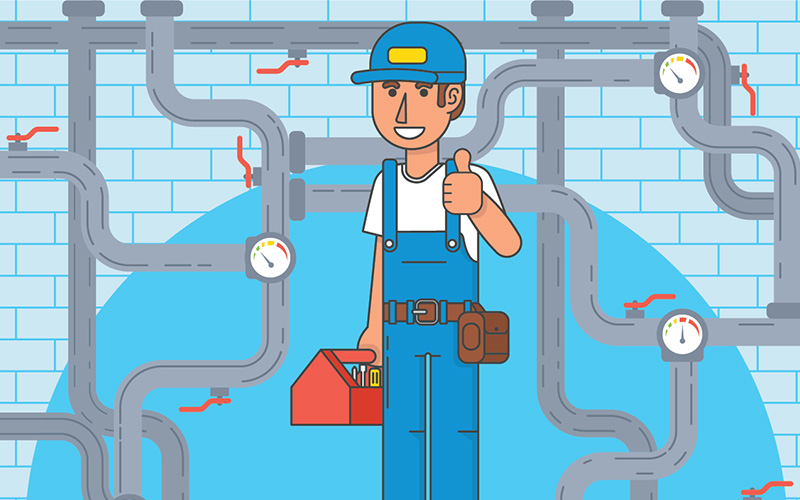 If you live in a hard water area, then you already know hard water simply SUCKS! Sure, the minerals in hard water might be tasty and nutritious. But they lose their appeal after the scale they produce destroys your iron and a few dishes. So then, what’s the solution to this problem? Well, electronic water softeners recently became a trend. But are these devices any better than traditional non-electric softeners? Today, we’ve got the answer for you as we take a closer look at whether or not electronic water softeners really work.

What Is an Electronic Water Softener? And Does It Really Work?

First things first. We need to make sure we’re actually on the same page. So, in short, an electronic water softener performs the same job as a traditional softener. Basically, it removes calcium and magnesium from your water and replaces these minerals with sodium. In other words, it’s still the same ion-exchange process but, you know, electric. Most of the time, these will even come with an electronic control board in the head. So these softeners are definitely becoming modernised.

So… How Does It Work?

For the most part, you’ll come across two different types of electronic water softeners. Here’s the gist of each.

Usually, timer-based models tend to be more budget-friendly at the outset. But as the name implies, these products regenerate your resin beads at specifically set times. So, if you want your resin beads replaced at 2 AM every 3 days, then that’s exactly what these softeners will do.

The big downside here is that you’ll often waste sizable quantities of water and sodium in the process. After all, the system simply replaces the resin beads at specific times. However, these softeners rarely consider how much water you need or are actually using daily. So there’s a good chance you’ll flush perfectly fine soft water. And as you probably guessed, this is really bad when you forget to shut off your electronic water softener when you go on a vacation for a couple weeks.

Furthermore, it’s possible to exceed you soft water capacity between regenerations as well. So when this happens, you’re stuck with hard water until the resin beads fully regenerate at their set time.

Generally, these electronic water softeners cost more at the start. But seeing as these are much less wasteful when compared to timer-based models, you’ll make up the difference within a couple years.

Now, as far as function goes, these softeners only start a cleaning cycle after you use a preset amount of water. However, this also means you’ll need to know the exact hardness of your water to obtain maximum efficiency here. But it’s definitely worth it with all the water you save in the long run!

So there’s the big question you’ve been pondering. Well, you’ll be happy to know that the answer is a big YES!

If you need to cut down on the sodium in your diet, then you can always opt for a descaler. This device changes the crystalline structure of the water’s minerals to aragonite. And in short, it ensures these minerals won’t stick to any surfaces. Put another way, they reduce scale build up.

What Are the Differences Between Electric and Non-Electric Softeners?

At the end of the day, there doesn’t seem to be much difference between electric water softeners and their non-electric counterparts. After all, they all soften your water as an end result, right?

Well, that’s mostly true. The big differences will mostly come in how they go about completing the ion exchange process. And depending on your habits, one could result in more money in your pocket when all is said and done. So, let’s check out what the real differences are here.

What makes these softeners unique is that they use the natural flow of water to soften your water. So you can almost think of it as a wind-up movement piece of a watch where the cogs and gears naturally do all the hard work.

With a non-electric softener, the system calculates its own water usage before starting the regeneration process. But the caveat here is that every internal part must keep working for the softener to function properly. So, this means you’ll need to clean the device quite often. Also, if one part malfunctions, you’ll need to fix it quickly to continue softening your water.

On the bright side, you won’t need to position this softener next to an outlet. Again, it’s non-electric, so you have plenty of freedom as to where you’ll place it. Also, non-electric softeners generally come with two tanks. So while one tank regenerates the resin beads, the other is supplying you with softened water. This is great since you won’t need to worry about receiving unwanted hard water at any given moment (so long as the softener continues to function).

Obviously, electric softeners are powered by electricity. But don’t worry about this impacting your power bill. These usually plug into a 12-volt transformer and consume 1 single amp of energy. So any changes in your electric bill will be unnoticeable.

What’s especially nice with electric softeners is how they accurately monitor the amount of water you consume. In other words, you can use this information to ensure your water only regenerates during optimal times. Therefore, in the long run, you’ll save quite a bit of water. And we all know the end result there is some extra dosh in your pocket!

Also, you can even program in your water’s current hardness and control how much sodium enters your water supply. And because this is all electric, you’ll often be able to view how often your water regenerates compared to how often you use the soft water. From there, you can make plenty of adjustments to ensure you’re only receiving the amount of soft water you need!

Should You Buy an Electric Water Softener?

This one’s entirely up to you. But here’s a big question to ask: Do you love doing things efficiently and saving money in the long run? If you answer yes, then a water softener is definitely something to consider!

From here, you’ll want to decide between a timer or meter-controlled system. And keep in mind that the metered option is generally where you’ll see the most savings. Sure, it’s more money up front. But in the long run, the metered versions will easily pay off the most, assuming you make full use of their features.

Final Thoughts: Are Electronic Softeners Worth It?

On the surface, electronic water softeners might not seem too different from traditional softeners. But when it comes to efficiently managing the water you use, they’re undoubtedly a step in the right direction. After all, who could argue with a system only softening water when it’s absolutely necessary? Remember, it’s features like this that put more money in your pocket when all is said and done. So if you live in a hard water area, an electronic water softener is definitely an investment worth considering!